Highlights of the 2022 Fall Economic Statement and Announcements by Finance

Canadians Working Outside the Country 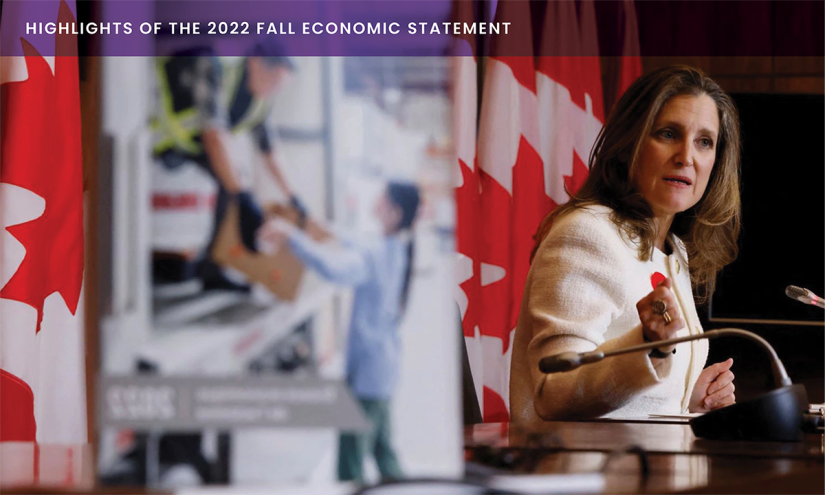 Here are some highlights from Canada’s Deputy Prime Minister and Minister of Finance Chrystia Freeland’s Fall Economic Statement delivered on November 3, 2022, and other announcements by the Department of Finance.

Finally, on November 4, 2022, the government introduced Bill C-32, which contains many measures previously announced, including the new trust reporting rules that have been postponed until taxation years that end after December 30, 2023.